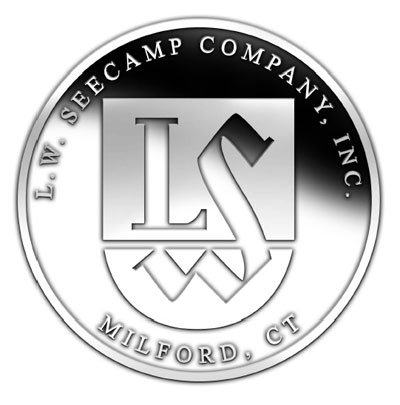 Ludwig (Louis) Wilhelm Seecamp (1901-1989), after whom the company was named, was trained as a master gunsmith. He brought his family to the United States in 1959 by way of Canada. From 1959 until his retirement in 1971, he was the gun designer for O.F. Mossberg.

L.W. Seecamp Co. was founded in 1973 as a family business specializing in Ludwig’s patented (#3722358) double action conversion of the venerable 1911 semi-auto pistol (Colt .45). This conversion, done during a period when the single-action versus double-action controversy was at its peak, resulted in the first commercially available DA .45 autoloaders anywhere in the world. Nearly 2000 such DA conversions were done from the early 70s to the early 80s. Having been a fan of the 1911 but being also an advocate of DA carry, commercial conversions were a natural outgrowth of the Colt 45 that Ludwig had converted to DA for his own personal protection.

In 1979 Seecamp Co. introduced as part of its gunsmithing package the telescoping recoil system that has become the predominant spring system used by modern short-slide short-recoil autoloaders. This system is the subject matter of patent #4201113 issued to Ludwig’s son and Seecamp Company co-founder Lueder (Larry) Seecamp. In the September/October 1979 issue of American Handgunner in an article entitled “The Rolls Royce of Bobcat .45’s,” Mason Williams said, “This is such a major development in the field of (miniaturization of) automatic pistols that it could easily be considered the most significant development in a hundred years in the field.” While the patent was still active, the system was used by Glock, Colt, Kahr, Cylinder and Slide, Para-Ordnance and Lasermax (for use in the laser units for the mini-Glocks). After the expiration of the patent in 1998, other manufacturers such as Kimber, Taurus, IM Metal, Springfield Armory, etc., quickly adopted the system for use in their short slide autos. 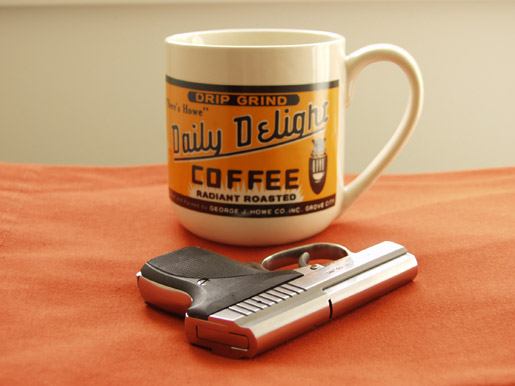 By the late 1970s a number of DA .45s, including the excellent Browning BDA (later SIG), had appeared on the market. Gunsmithing was thus abandoned for manufacture. Introduced in 1981 was the LWS .25 to fill a niche that had fallen into neglect. After the Gun Control Act of 1968, small quality pistols were hard to find. Moreover, the brilliant concept of double action only had lain dormant for over a quarter century and was due for a revival. All DA only pistols, more properly referred to as trigger cocking only pistols, are the grandkids of either the Czech CZ36/CZ45 design if they have hammers or the French LeFrancais design if they are striker fired. The LWS is a descendant of the Czech line. The Glocks and the Kel-tecs are descendants of the French line. Credit should be given where credit is due.

The LWS .25 helped revive DA only and small pistol manufacture. It was the world’s first stainless steel DA only pistol, and it was also the first DA only hammer fired semi-auto made in the USA. This design was covered by U.S. patents 4,428,138 and D269,896 issued to Ludwig (Louis) Seecamp. The LWS design has remained essentially unchanged since 1981 except for caliber – the numbers after LWS designating the caliber upgrade.

Prior to the introduction of the LWS .25, firearms manuals did not address the issue of self-defense. It was pretended in the manufacturers’ instruction manuals, no doubt on the advice of high-priced lawyers, that every pistol was a target pistol. Extensive sections of our first manual were reprinted in gun magazines because a manufacturer officially acknowledging self-protection as a legitimate reason for owning a firearm was a completely novel concept at the time. It was almost as shocking as bringing out a pistol without sights.

Around 1985 the LWS .25 was discontinued and the LWS .32 was introduced. The larger caliber pistol remained exactly the same size, which at the time was considered an amazing feat. The caliber .32 had at the time of the introduction of the LWS .32 been relegated to the dustbin of firearms history. Today .32 caliber is thriving in very great part because of the LWS .32 and its clones – and the demonstration that such a market existed. 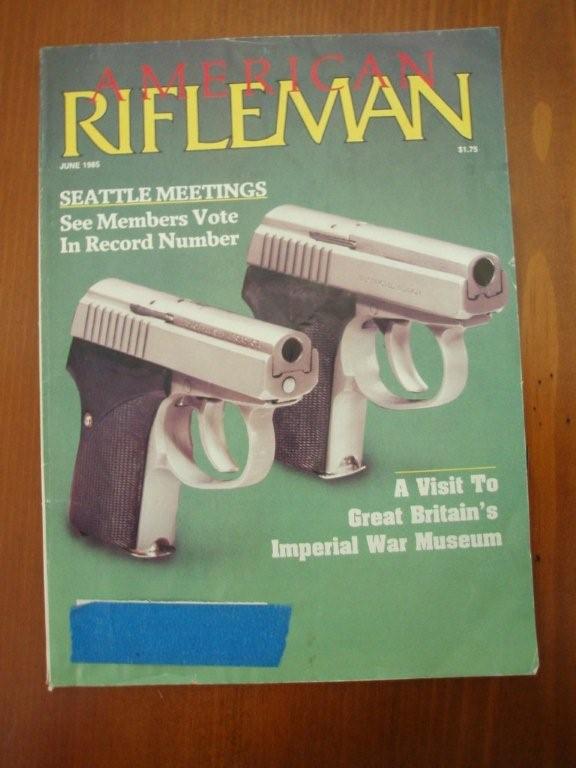 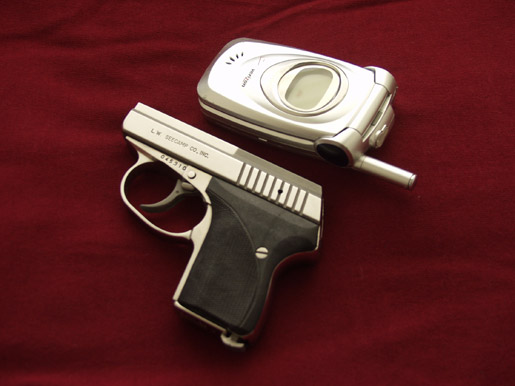 2003 saw the introduction of the LWS .380 to commerce, which gun is virtually identical in size and weight to the LWS .25 or the LWS .32. As to the benefits of the larger caliber: There are stopping power arguments about bullet speed, but no one argues about hole size. A bullet that is less than .380” size may or may not expand to .380” size. A bullet that is already a .380 doesn’t shrink. While larger calibers are generally more effective, smaller calibers are easier to manage for recoil recovery time – the time it takes to control follow-up shots. It is therefore a shooter’s choice as to whether the LWS .32 or the LWS .380 is the more effective weapon for them. (A 34 oz. bat works well for some hitters, but big bats only offer an advantage if they can be easily controlled. The rule of thumb is, the biggest bat you can easily control is the best bat for you.)

2014 brought about retirement for Larry, thus the sale and move of manufacturing from the Milford, CT location to his long-time friend John Whalley in Southwick, MA. The move transplanted all equipment from the Milford location to Southwick along with many visits between Larry and the new facility to create a smooth transition.

The move eventually developed into a modernization of the production process introducing the experience of a 20+ year precision manufacturing facility to the mix. The successful merge between the two has led to many improvements to the overall fit, finish and function of the various Seecamp models.

2022 most recently introduced Cerakote to the lineup, now introducing additional finish options beyond the signature “Seecamp Polished”. With other plans in the works we here at Seecamp look forward to what the future has to offer.

We thank you for your interest in our product and greatly appreciate the trust given when carrying our firearms.